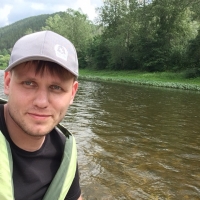 Today, Trance Reserve is a resident of RockRiverRecords, his work has been signed by such labels as Suanda Music, Yeiskomp Records, TM, Melodika, D-MAX, Acuna Digital, Pineapple Uplifting, Emergent Skies.

Officially, the Trance Reserve project identified itself in the winter of 2018 with its chillout track - Vacuum, signed on Acuna Digital. The next significant uplift trance job is Assault (Melodika label). The track receives double support from Alex Morph, Mark Pledger and a number of other famous DJs.

Later, in the process of learning the basics of mixing and mastering, the track Exorcism is released, which Konstantin signs on the Emergent Skies label.

To expand the audience, Konstantin launches his own radio show - Re-Trancession. The main feature of this show is that the playlists include tracks from Japanese, Korean and Chinese producers! To this day, Konstantin does not lose the original idea.

Subsequently, in almost every issue, half an hour of airtime is provided to guests with their guest mixes, including from Japan (thus, Gordey Tsukanov, Elite Electronic, RYDEX, Northern Angel, Suzy Solar, Clean Tears, Zooya and others visited Re-Trancession a number of other talented guys).

At the beginning of 2019, along with the Broning project, Konstantin creates a new duet - Progressum. There are already 3 collaborations behind, one of which was supported by Armin Van Buuren in his ASOT radio show.

Once, during a stay in nature, Konstantin has an idea - to record the sounds of nature and use them in chillout style tracks. As a result, a mini-album appeared, which will be released on a Japanese label at the end of August 2019. The release contains 3-4 remixes from pretty famous guys! At the moment, Trance Reserve is actively working on new joint and solo works.
You can support Trance Reserve and other musicians in the Top trance DJs!
Email Trance Reserve for promo-mailings
Внимание! У Вас нет прав для просмотра скрытого текста.
Recommended